How to Video: Get great tips on Lighting for your next DIY video 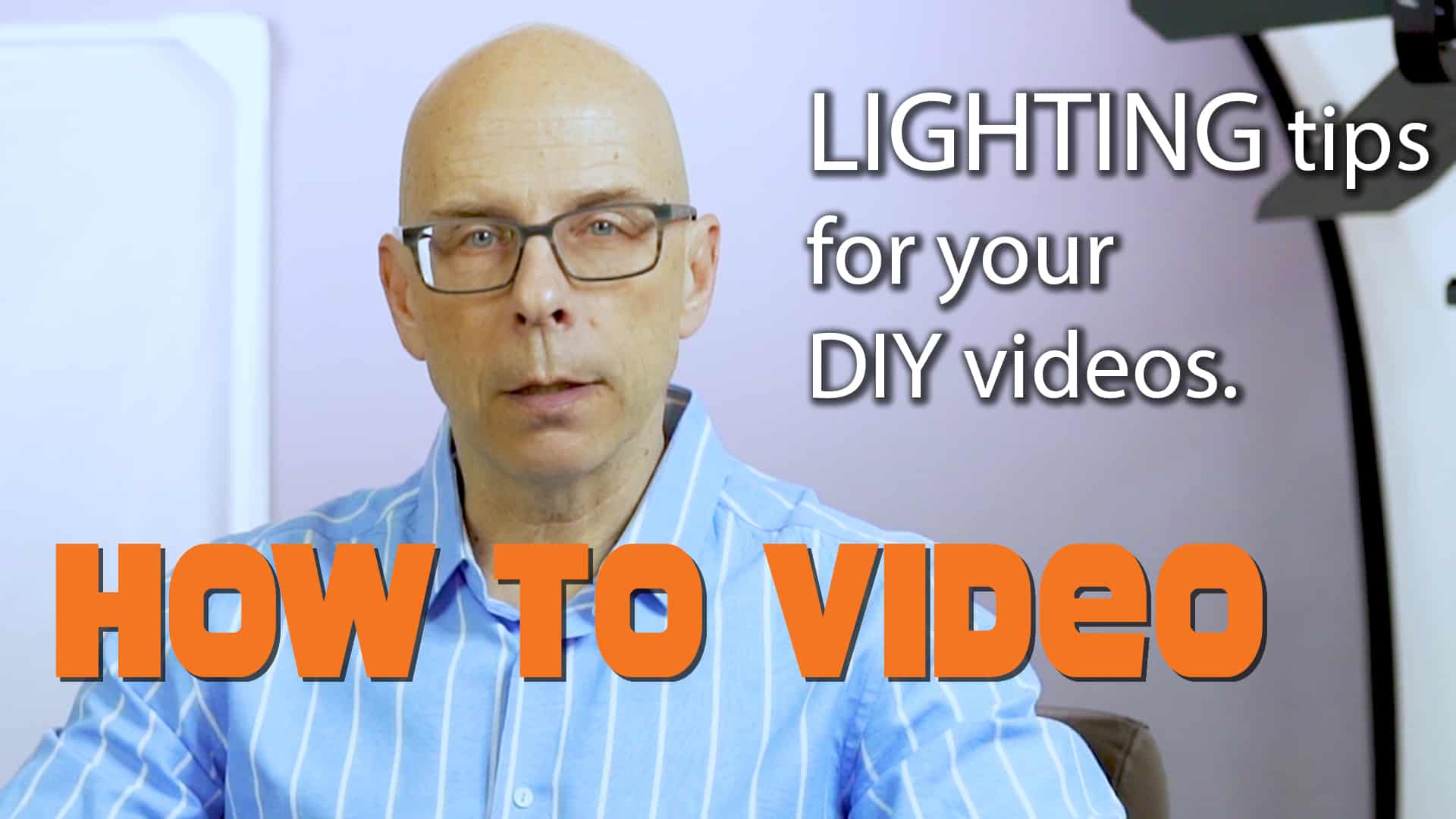 Help with Lighting for your DIY (or In-house) Videos

If you’re a business owner or marketer, you need to communicate with your customers, prospects, suppliers and employees about what’s going on in your business. Video is the best way to do that unless you’re with them in person. These tips will make sure you’re lighting is as good as possible with the equipment you have.

Let’s talk about lighting. You gotta make sure that you have some light on that beautiful mug of yours because really we all want to be able to see your bright shiny face and maybe your shiny head too.

The most important thing is to have lights in front of you on your face. So here I have two lights in front of me. One on each side. Could have one light coming out of a window; fine and dandy. You wanna make sure that you have more light in front of you on your face than behind you. The camera on your phone is gonna automatically perceive that is the most important thing it’s gonna adjust itself for the light back there. You’ll look like a silhouette and that’s probably not your best look.

What you see here is a ring light. It’s shaped like a ring. One single light plus the ones that are behind me. This is a really popular look and it can actually do a really great job but it doesn’t work so good with glasses. So if I take my glasses off, you’ll see that the look of the light on my face is actually pretty cool. Not that my face is cool. This is definitely a good option if you don’t wear glasses, it doesn’t mean it’s better or worse, it’s just different and it’s a look. If you like it use it.

Here we are right next to a window. I happen to be my home. The frame of the window has those little blocks and this is not ideal obviously because of the shadows on my head. If you’re super close to the window, it’s gonna be really really harsh like on your face because it’s just direct sunlight. It’s a bright sunny day here, today and so it’s really bright and harsh on my face right now. What you can do instead of being right next to the window is just back up a little bit. Hopefully this room is not too trashed. You’ll see that I am in much better light except that I could see that there’s a little bit of a hotspot right here which you want to try to account for when you’re filming. We’re gonna let it go just for demonstration purposes. But the lighting now because the camera has automatically adjusted to the whole setting. I am basically now much better lit. At least I’m not lit with that super bright harsh sunlight and which brings out every crack and crevice in a face so we certainly don’t want that. If it is a cloudy day outside then you can be close to the window no problem at all because those clouds out there are automatically diffusing the sun that’s coming into the room and so that lights can be a lot more pleasing and a lot softer and you should be good to go. Windows are great just not too close on bright, sunny days.

Okay so here we are on a cloudy day. I’m actually facing directly at the sun. It’s about 45 degrees in the air. It’s middle of the afternoon but because it’s basically raining right now the clouds are pretty thick and pretty dense and so the light is much more diffuse than it would be if it were bright direct sunlight it’s actually really easy to get some decent light on my face but not have that cringey hard light that you’ll see if it’s direct sunlight to leave you a lot better image when you’re filming with your phone and you’re outside so always try to look for clouds if you can. Unless it starts raining. Maybe I should go.

Join our email list to get the latest news about the best ways to use photos and video to increase your company's results.

You're now officially one of the cool kids!

We normally send about one email per month and won't ever do anything stupid with your email address. Promise.